This product page is for the print edition of the Anglotopia Magazine for buying a single issue.

You will also receive complimentary access to the digital version of this issue when the issue is done. We should also add that the magazine is AD FREE and will remain so for the foreseeable future.

This month we have over 18 articles and over 20,000 words of British themed writing. 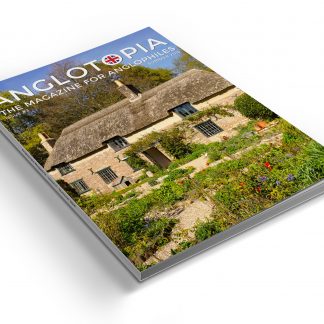