Churchill was the Prime Minister of the United Kingdom from 1940 to 1945 and again from 1951 to 1955. Churchill was also an officer in the British Army, a non-academic historian, a writer and an artist. He won the Nobel Prize for Literature in 1953 for his lifetime body of work. In 1963, he was the first of only eight people to be made an honorary citizen of the United States. In his Speech to the House of Commons may 13th 1940 he uttered the immortal words – “…we shall defend our Island, whatever the cost may be…we shall never surrender.” Handmade Plaster Bust created in Bath, England by the Modern Souvenir Company.

Churchill is on of the most photographed, sculpted, painted and drawn figures in modern history. This original sculpture drew on this history and was made at their workshop in Bath.

For this bust we have included objects around the base of things reminiscent of World War II including a gas mask, military hat, a soldiers helmet, Spitfire, Churchill’s bowler hat, a Hurricane and a trowel.

The etch around the base reads – “WE SHALL NEVER SURRENDER” 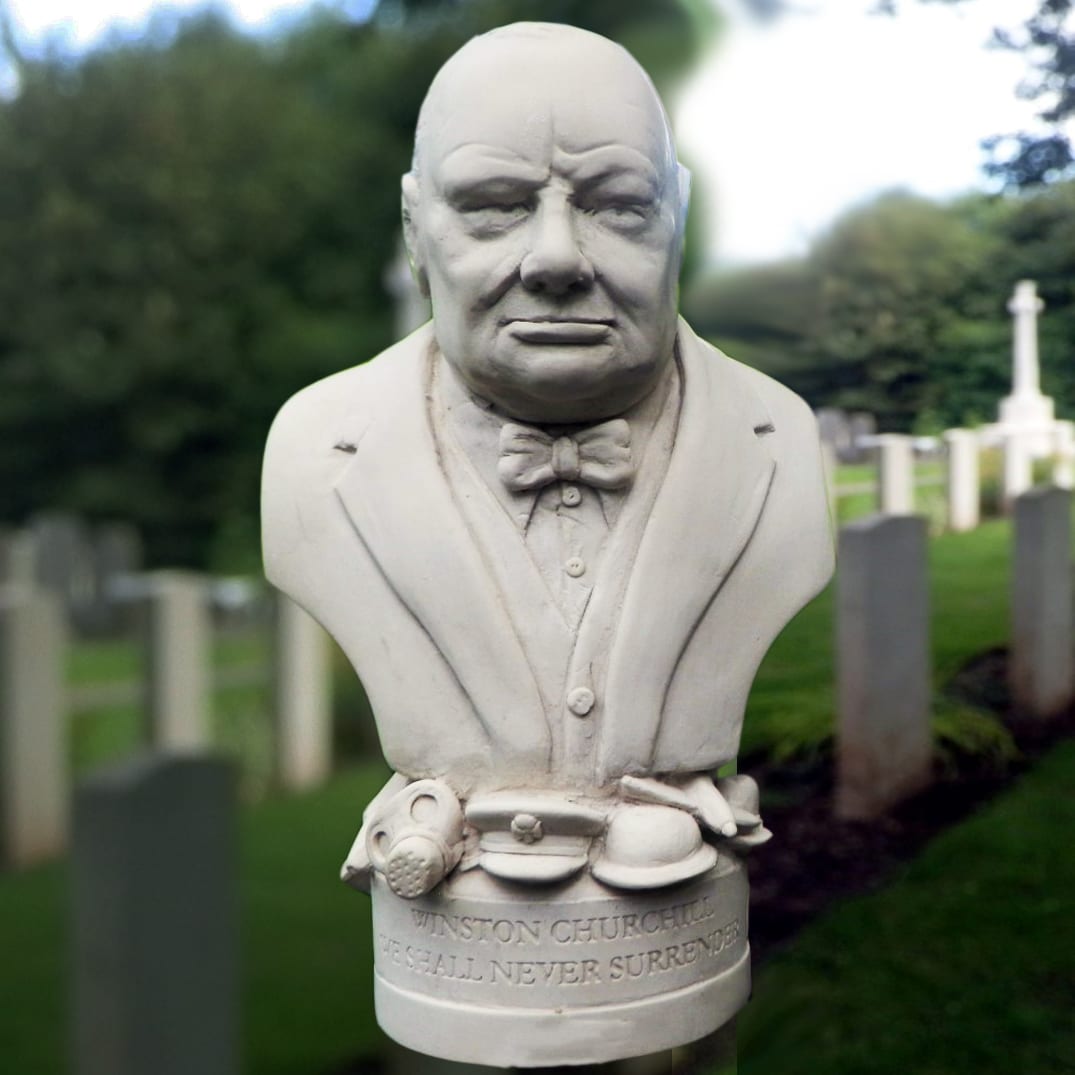