This product page is for the DIGITAL PDF Version of the 2nd Issue of Anglotopia Magazine for buying a single issue. When you purchase this option, you will receive a link to the high resolution PDF immediately. The PDF is a standard document format that you can read on any tablet or phone. FYI: The file is over 100mb.

The second issue of the Anglotopia Magazine is now at the printers and the digital version is now available to buy – here is a rundown of what you can expect in this issue. 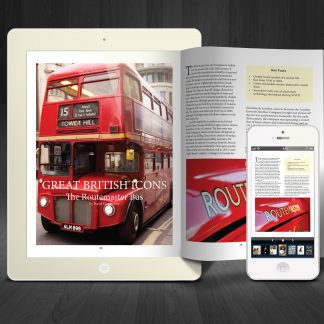